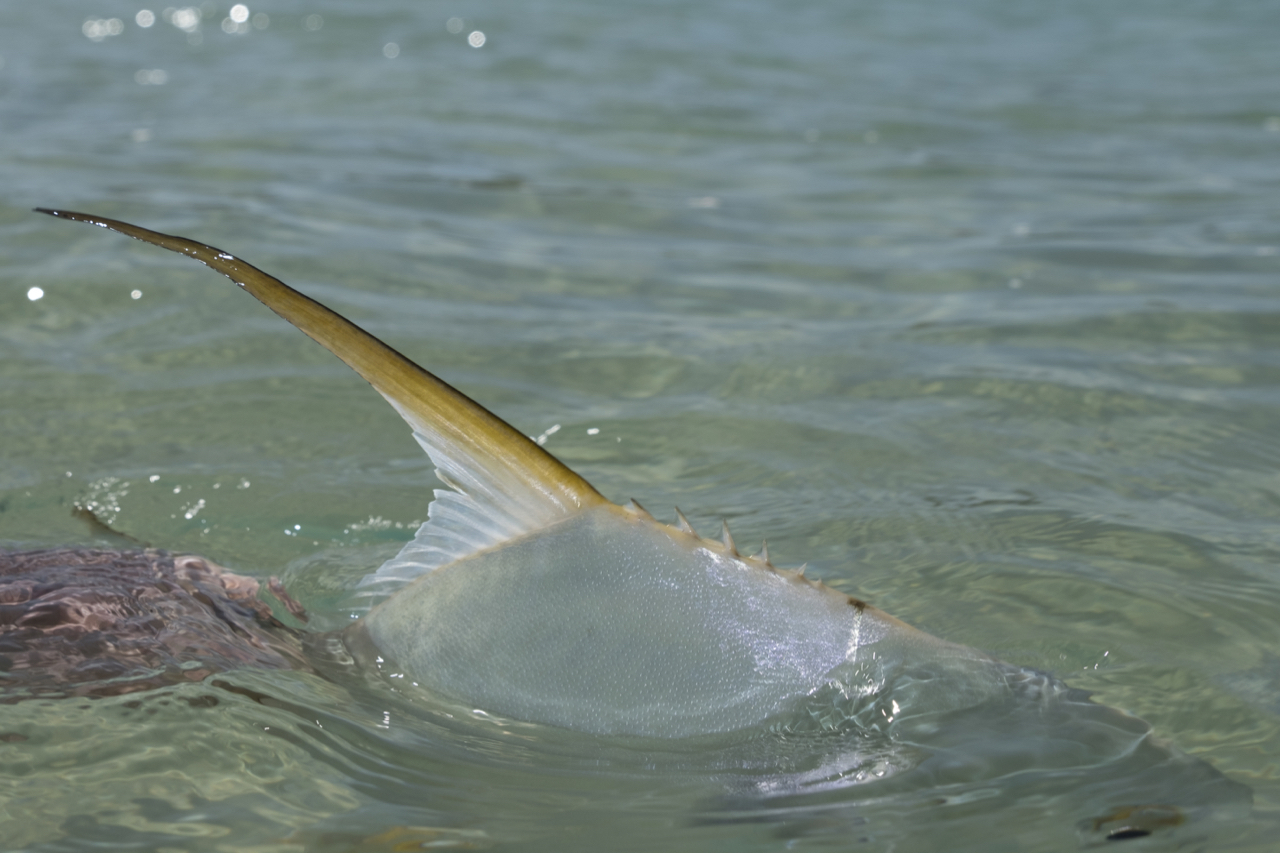 Is that a Permit I see before me?

On the northeastern side of the tip of Cape York, just a short boat ride south of that northernmost point of mainland Australia is Albany Island. Its separated from the mainland by the kilometre-wide Adolphus channel and the tide can fairly roar through here on the spring flows.

That tidal flow and the sheltered waters of these straits is why a pearl farm was built here. Now defunct, the buildings are a fishing lodge, and if you don’t want to fish its just a peaceful, quiet, island retreat, the sort of place where you can just disappear, and the words to the song “A little further north each year”, come very easily to mind. Just about the most disturbing thing that can happen is a ripe mango falling on the tin roof of the mess area with a loud bang.

But for me, Albany Island is about fishing and fly-fishing in particular. There are broadly three different types of fly fishing here, the mangrove river and creek systems, mostly for barramundi, the reefs and passages for pelagic fish such as queenfish, mackerel, coral trout and trevally, and then there are all the sheltered bays where you can find all sorts of flats dwelling creatures.

To the south of the island is the extensive Jacky Jacky system, and south of that again is the Jardine river system.  Both of these large estuaries have good barramundi fishing early and late in the season with many miles of pristine mangrove creeks and all their attendant life to explore. Just being up a mangrove creek is a constant reminder of the force and tenacity of life.

There are reef systems dotted all around the main island, and the passages between the islands are accessible most of the time. We had some great sessions of endless bent rods on many of these points and reefs, with queenfish, trevally and coral trout, in particular, being very prominent late in the year. This was outside the trade wind season, an important consideration for fly fishers. The doldrums period takes you through the west season when it is going to be hot, steamy, stormy and fishy. If you don’t like the heat and the humidity go in winter, but anticipate the wind.

The best fishing from my own perspective is the flats fishing. The front side of the island has a magnificent white sand beach about a 30minute walk over the island. A short evening session there (find the gutters and you’ll find the fish) produced a satisfying string of hookups with a variety of fish, mostly trevally and one session produced four trevally species in almost as many casts, brassy, GT, golden, and diamond.

We explored many of the sheltered bays around the island, and across on the mainland looking for flats species, and we found several. Small blochii permit were plentiful and surprisingly willing, especially those on the back of stingrays, and they readily ate smaller shrimp flies – take plenty of these flies, everything on the flats likes to eat them.

The real find for me was the extensive blue bastard fishery. All those sheltered bays are a mix of rock, mud and sand, perfect habitat for these very interesting creatures, a real fly fisherman’s fish. We saw plenty of them and were against the mottled bottom these slow movers didn’t show up well and often we were on them before we’d seen them and the element of surprise was often lost. These are not a fish that spook easily, it’s their territory and they usually don’t want to leave it, they’ll just slide off out of range and out of sight.

If I had one rod for this part of the world it would be a 9 weight and one line it would be an intermediate tipped floating line.

Clouser minnows are effective everywhere and always take some Crease flies to this part of the world for the anticipated surface action. Take smaller flies such as Gotchas for fishing off the beaches and a range of pretty standard barramundi patterns, pink things etc. 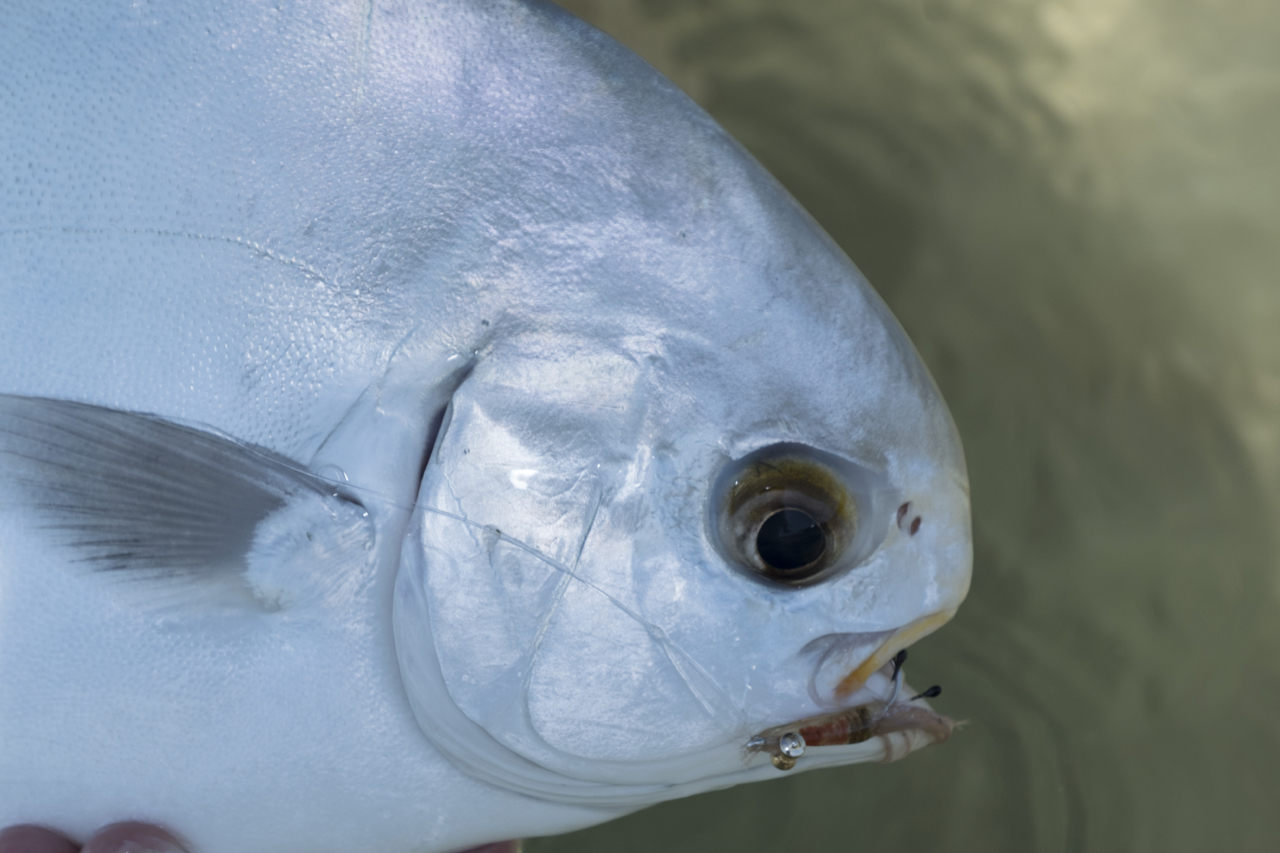 Yes, sir indeed it is a Permit

Blue Bastard will brick you in a second 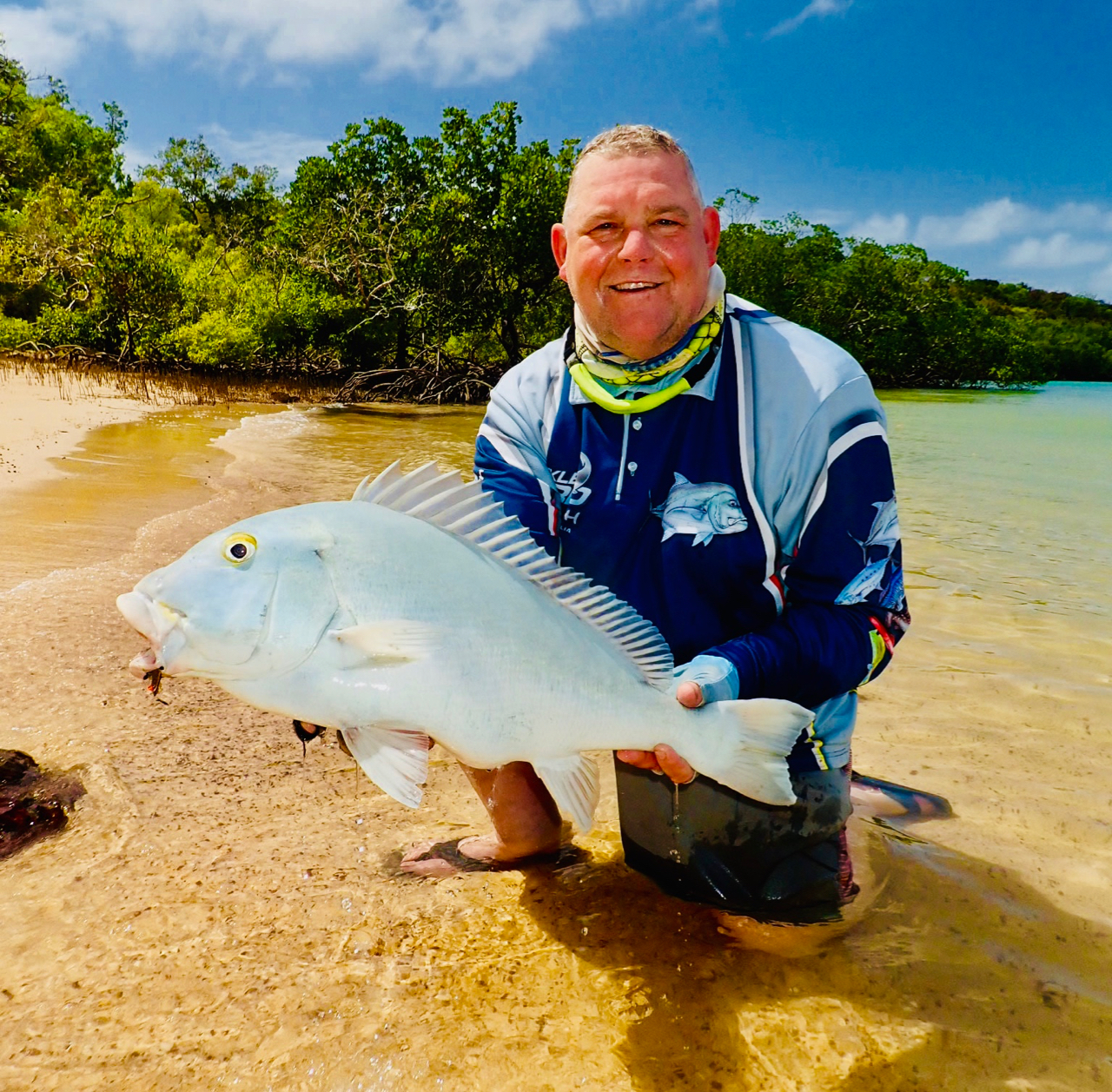 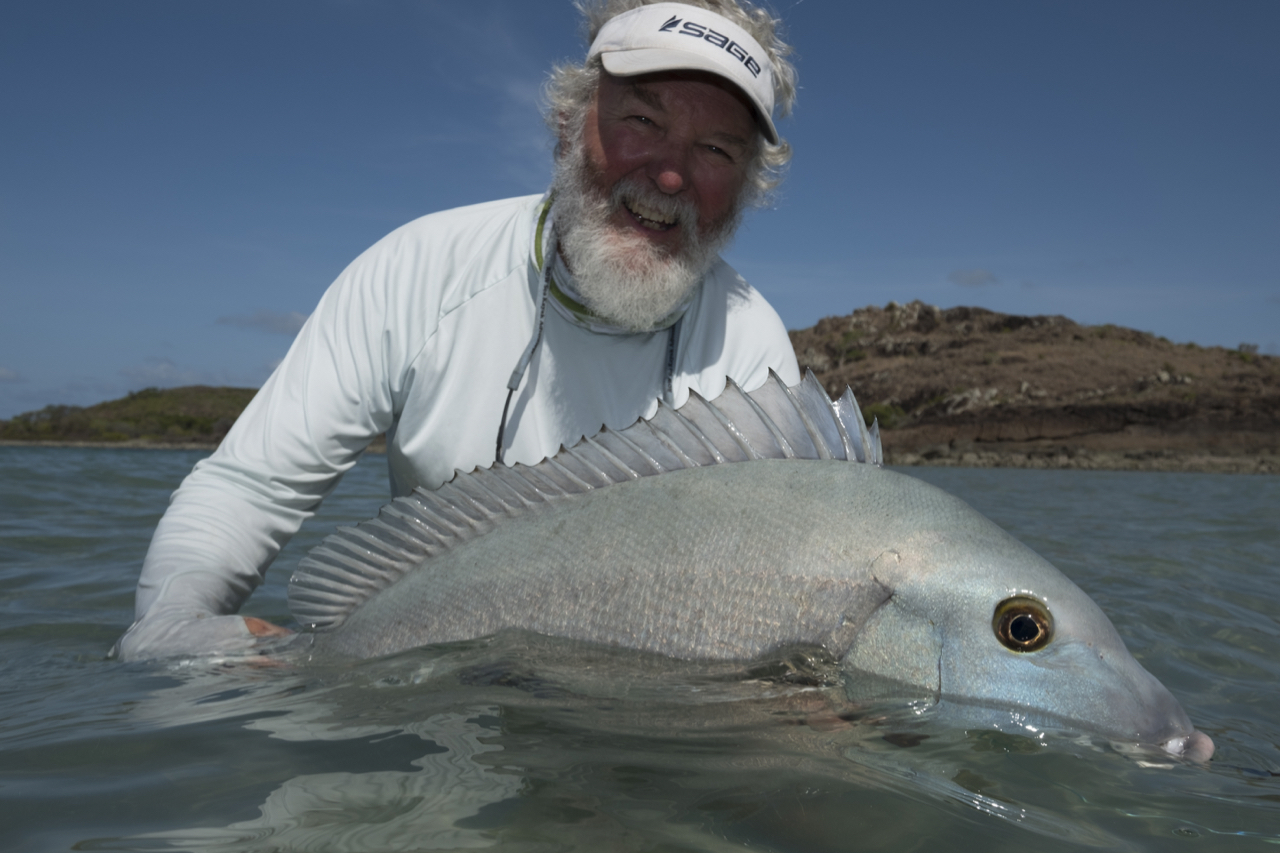 Peter doing what he does best with a nice Blue Bastard 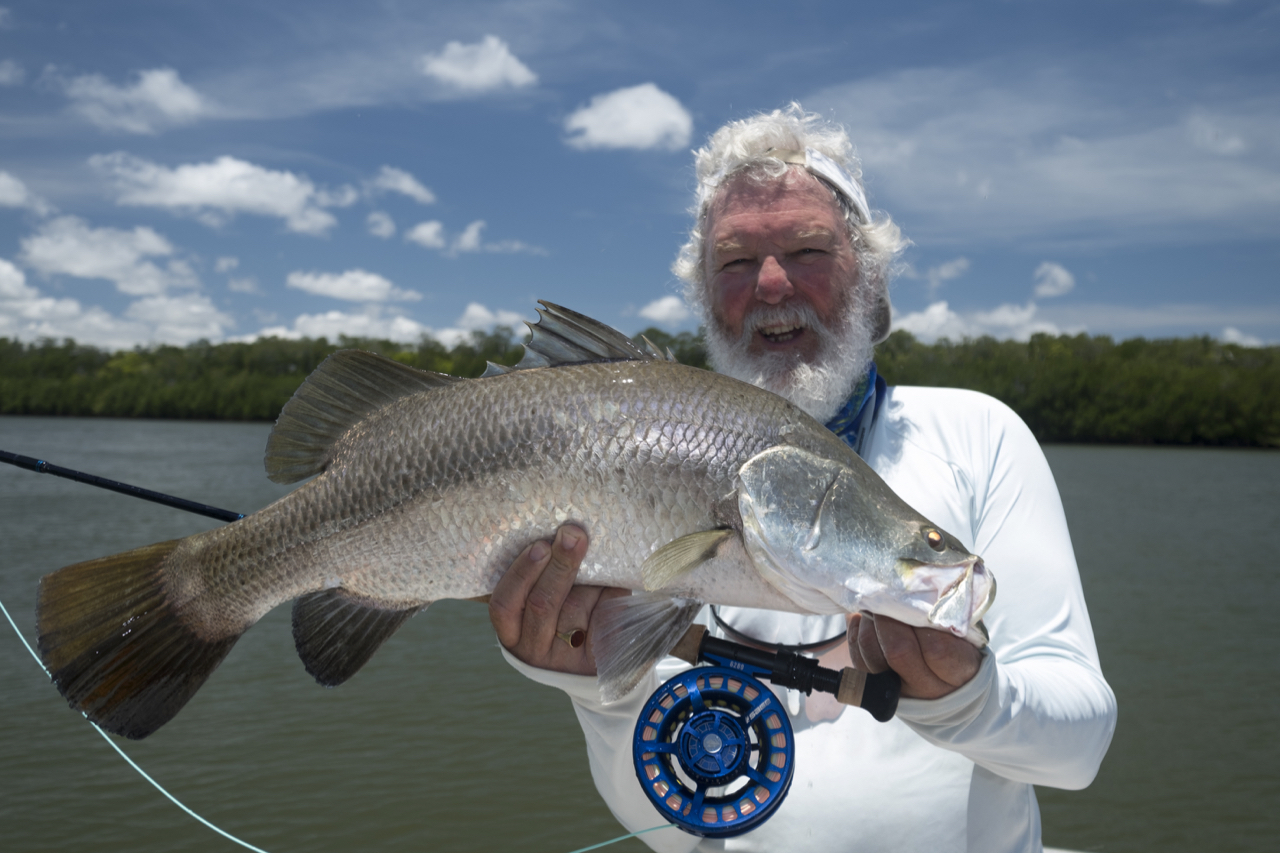 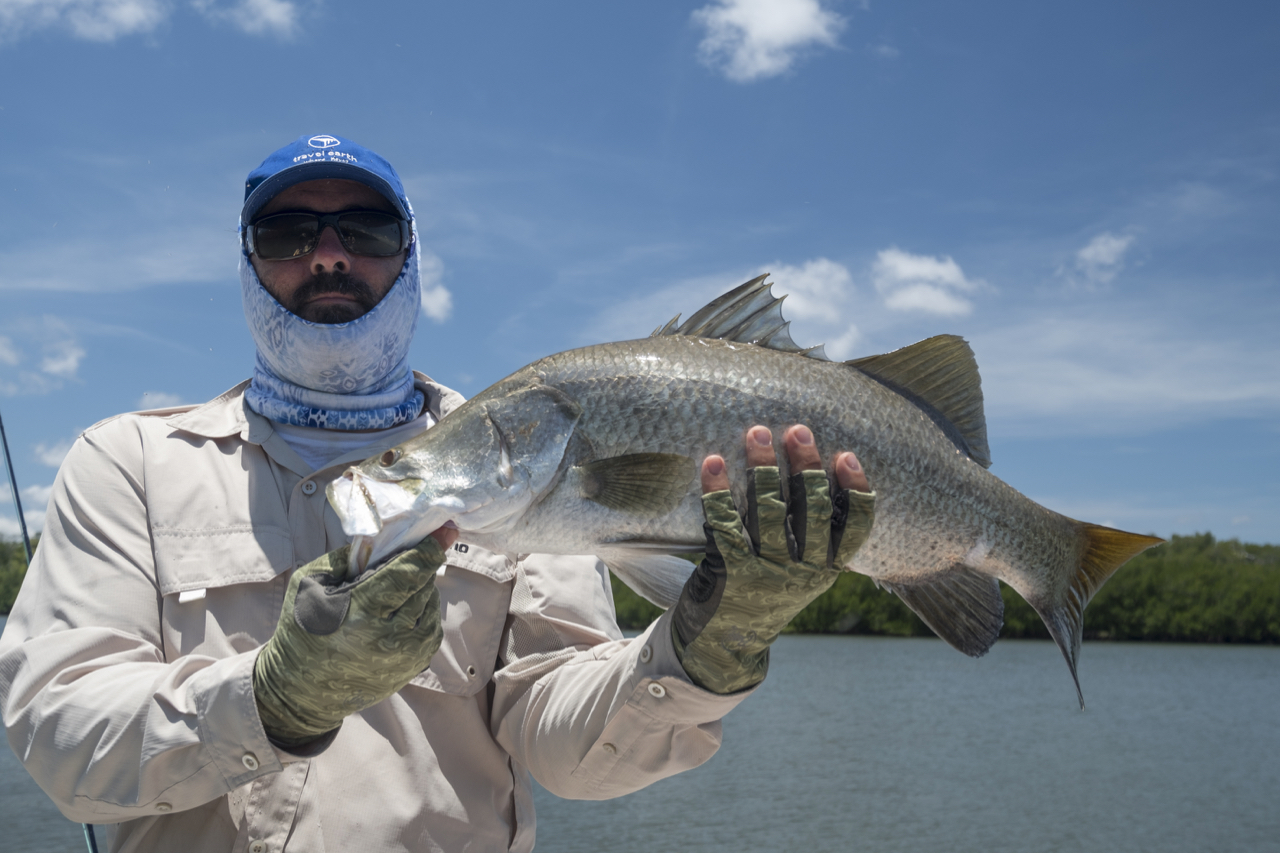 Another nice Barra on fly 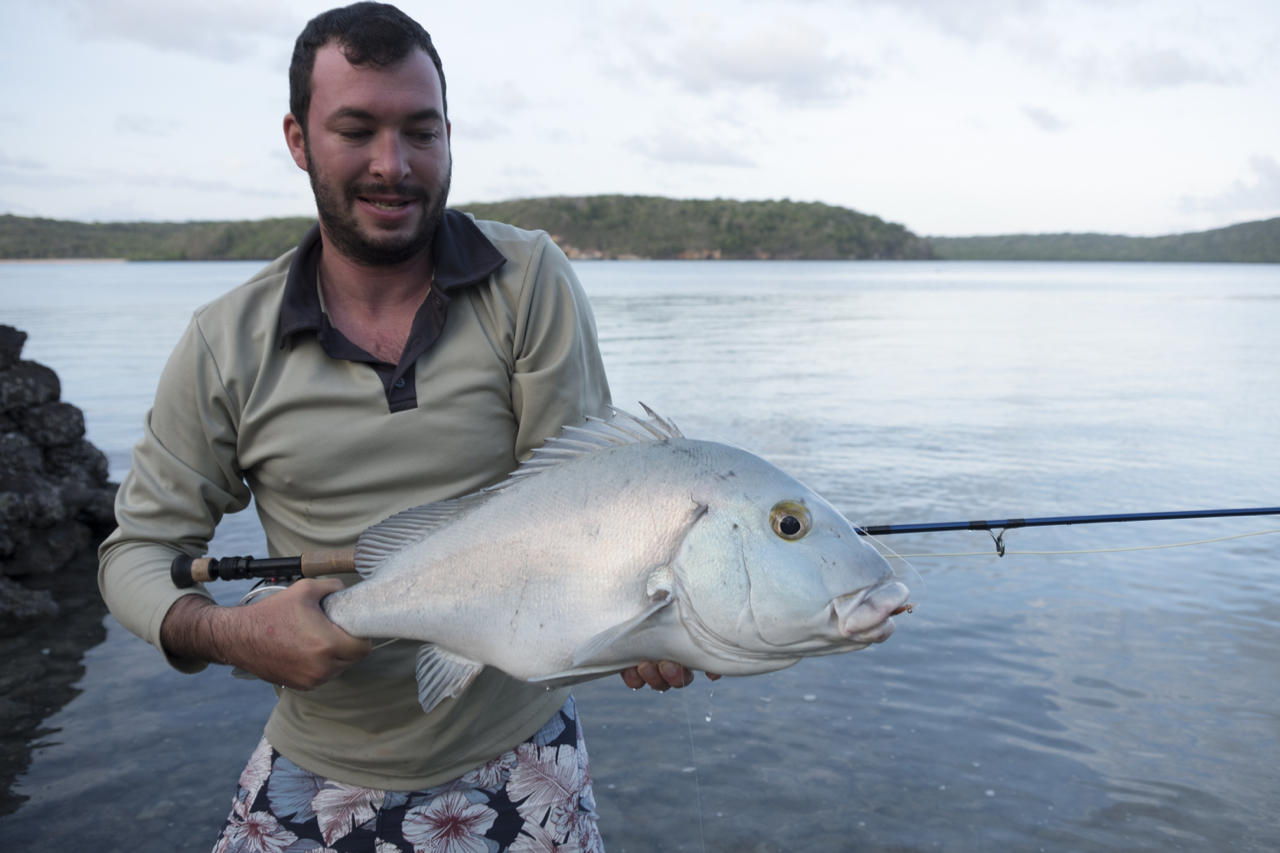 Gillie was on the phone to Canada when he spotted this one! 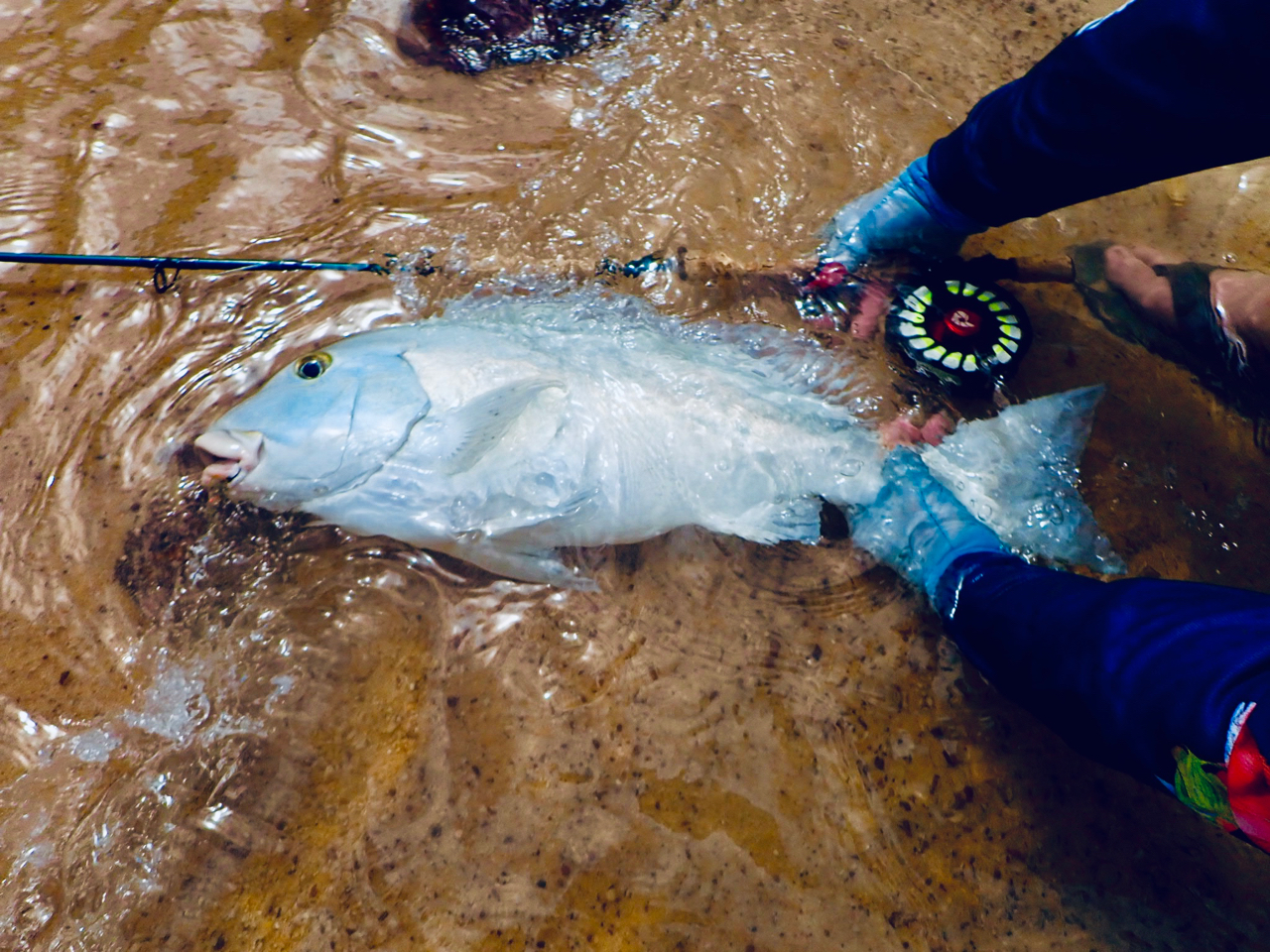 Nigel with another nice Blue Bastard 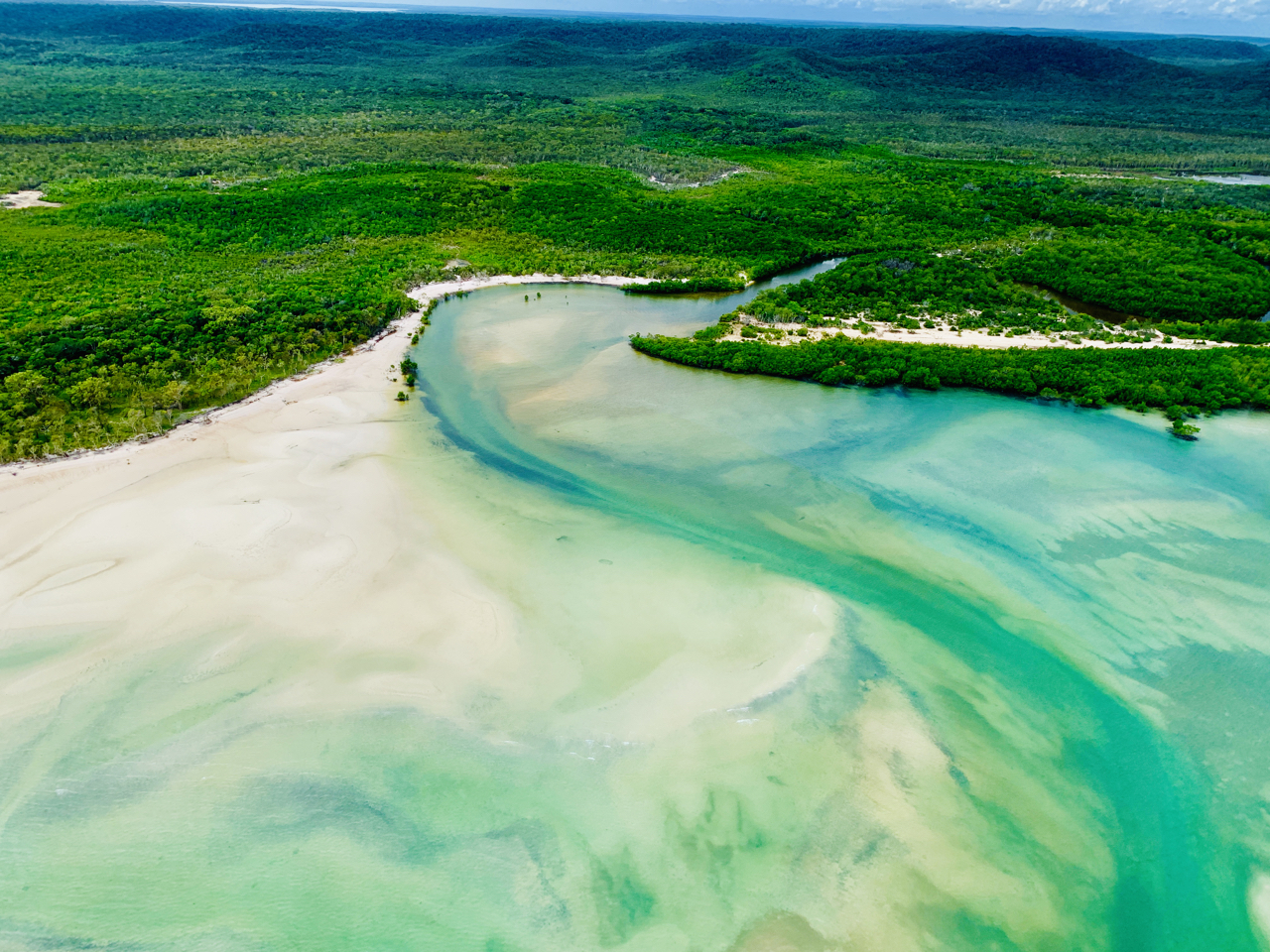 One of a million rivers, creeks, drains & gutters 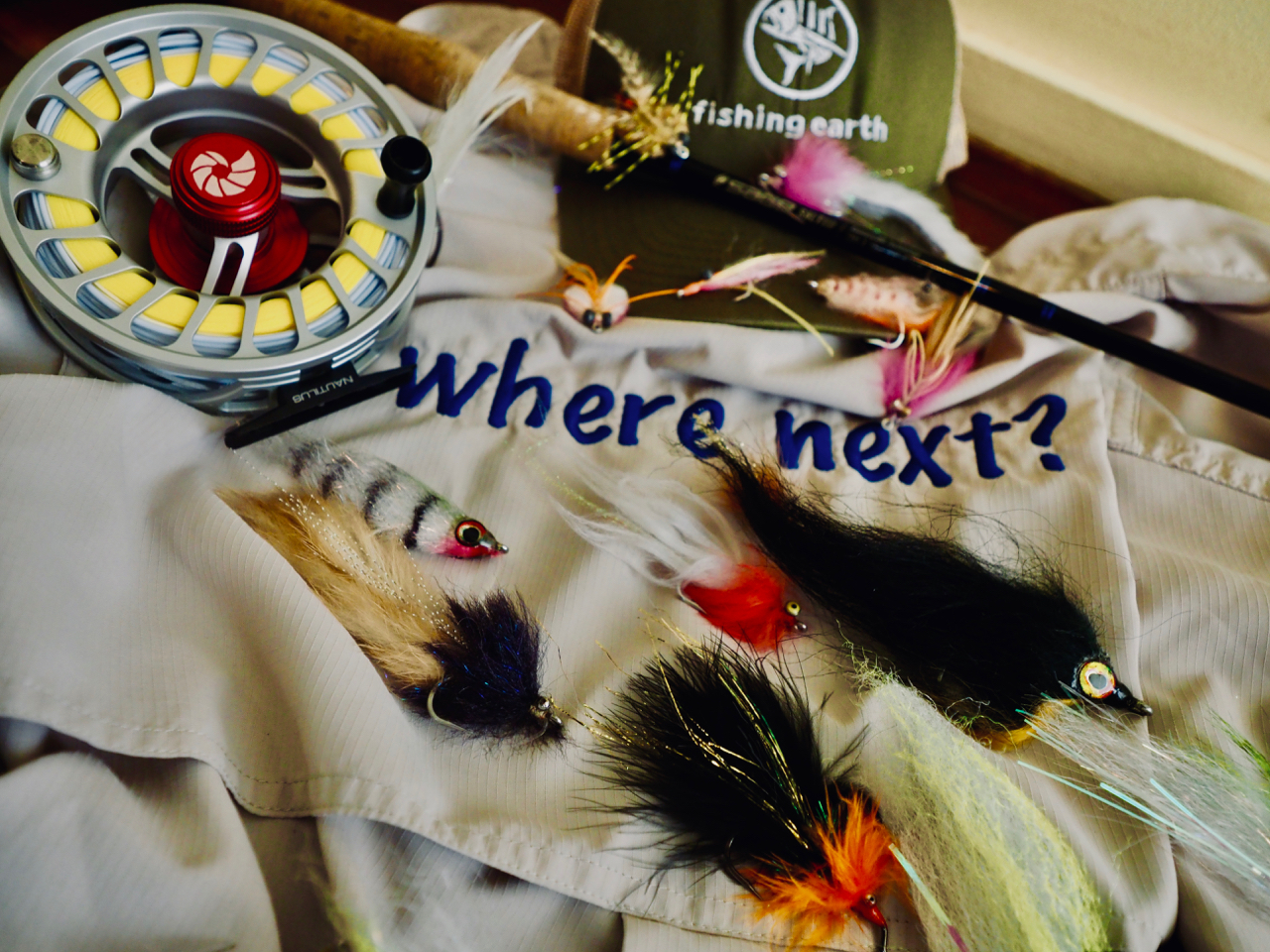 Nobody does it better