The presence of large weather systems during the opening days of Week 31 brought in rain and heavy winds. Fishermen, and guides alike, persevered through these initial bad weather days by concentrating mainly on bonefish.

As the weather turned for the better, all were ready to pursue a more challenging quarry. Chantal Chone catching, perhaps one of the most challenging fish in the atoll, a 48 cm mustache triggerfish on Top Sticks finger flat.

Giant trevally showed up in good numbers. The constant southerly wind ensured that the flats to the south of St. Francois had good clean cold water. Four GTs were landed in this area this week. Sean Dougherty and James Orford landing three fish (between 70 cm and 87 cm) in one session between King’s Cut and Baghdad. Sean also landed a pearlier of a fish (102 cm) in the same area later in the week.

Ted Conrads landed the largest GT for the week.  The fork length of this fish measured a beastly 116 cm – one of the largest fish landed on St. Francois this season. This fish was tagged with an acoustic tag and will provide critical information on the movement of top lagoon fish.

It was a great week on the flats of St. Francois and everyone saw lots of GTs around. We collectively managed to land nine GT, including three fish measuring over 1 m (102 cm, 103 cm, and a whopping 116 cm!). All fish were “new” fish (i.e. we had not caught before) and received PIT tags with a unique ID number. Two of the GT (116 cm and 76 cm) were also tagged with transmitters to track their movements. The larger GT (#61 for the project) was caught on one of the finger flats and will hopefully provide insight into whether these fish are resident to the lagoon. The smaller fish (#62 for the project) was caught and released on the flats behind the island (Back of the Moon to those who know), which is an area we often see fish but have struggled to get one tagged this season. With the South East monsoon season fast approaching it will be interesting to see how GT movement and activity responds to the changes in conditions.

As always these guys are getting onto the fish! 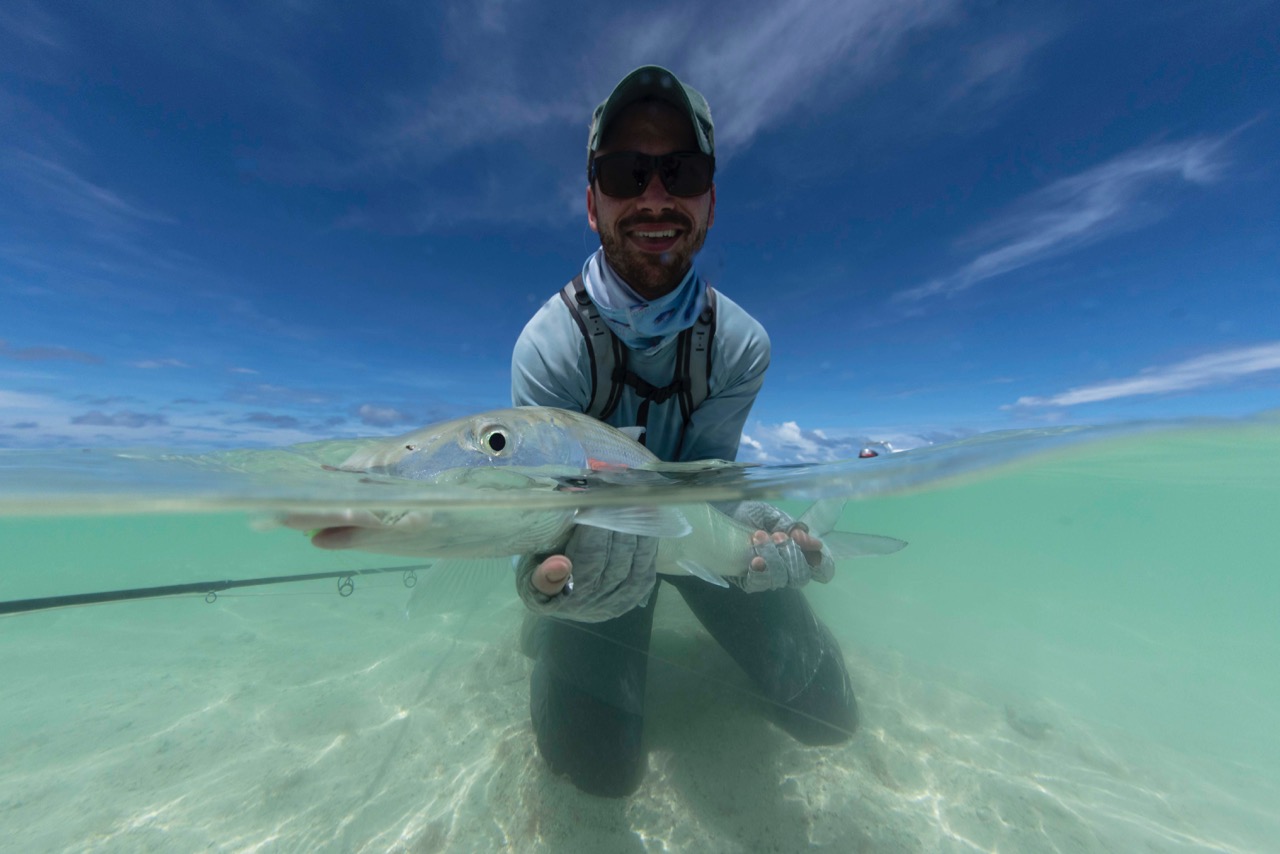 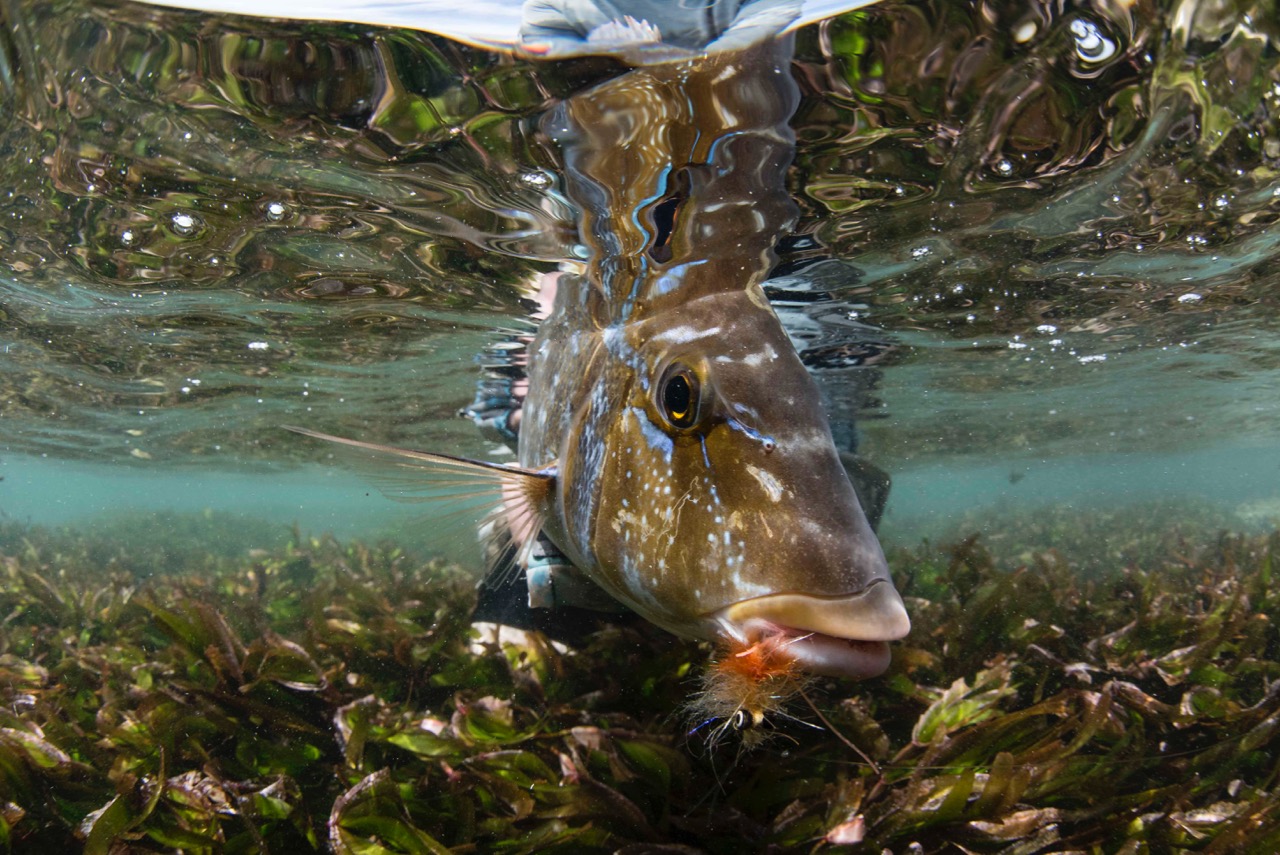 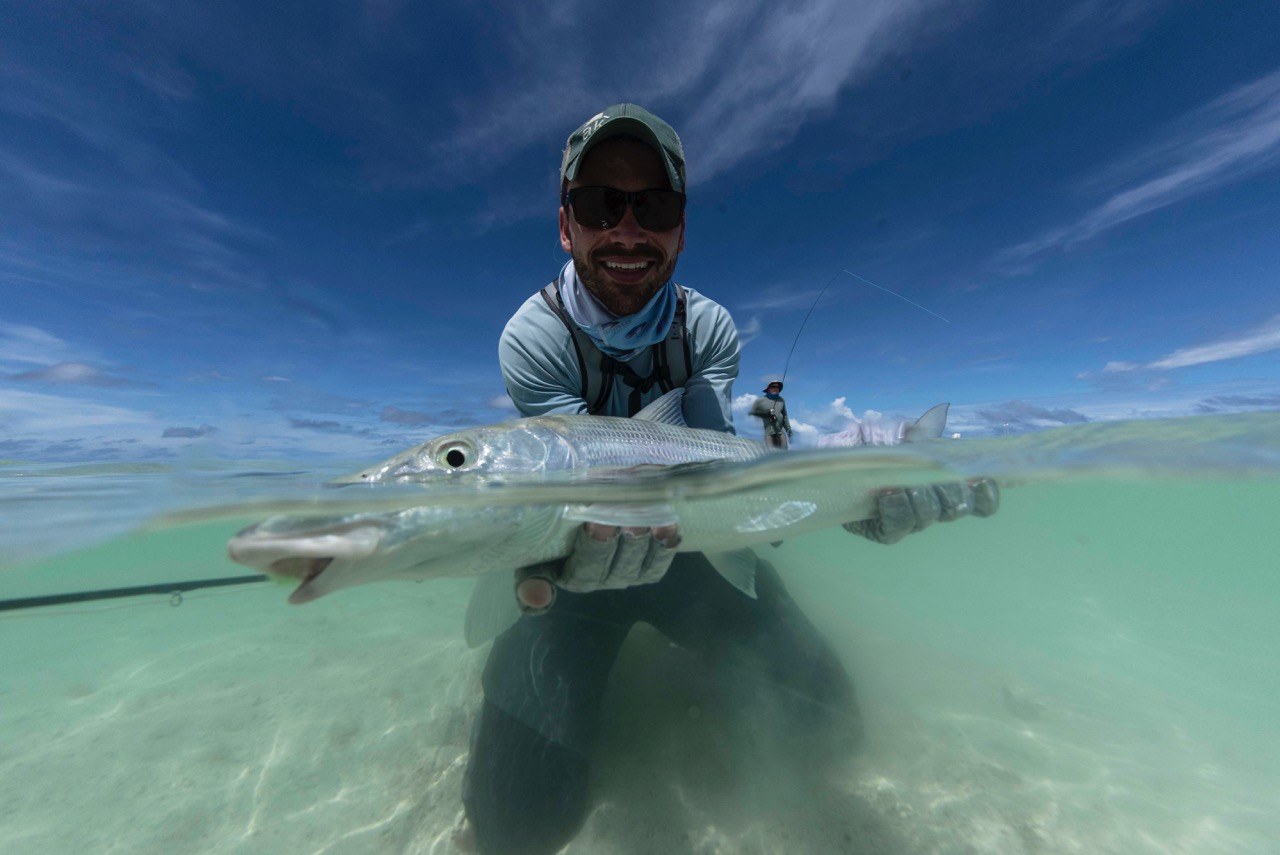 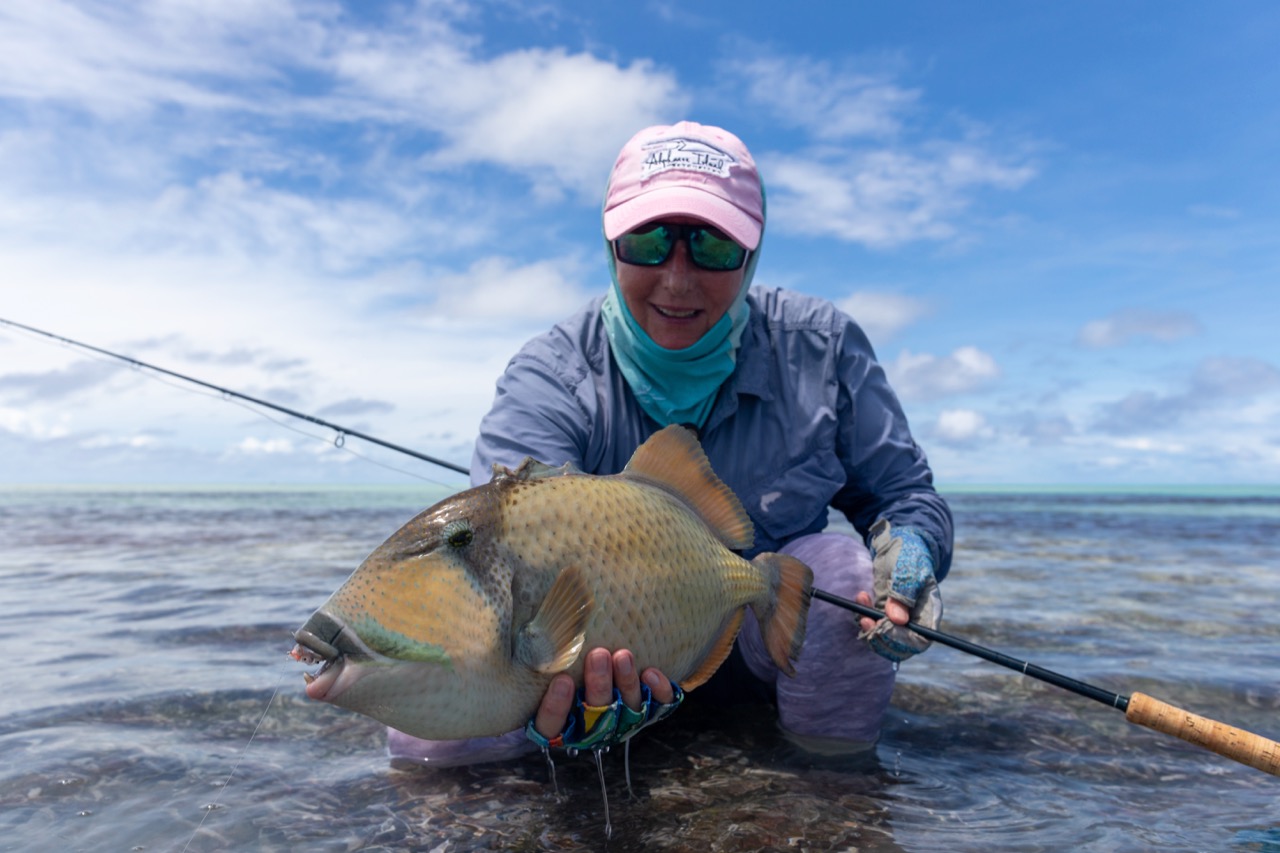 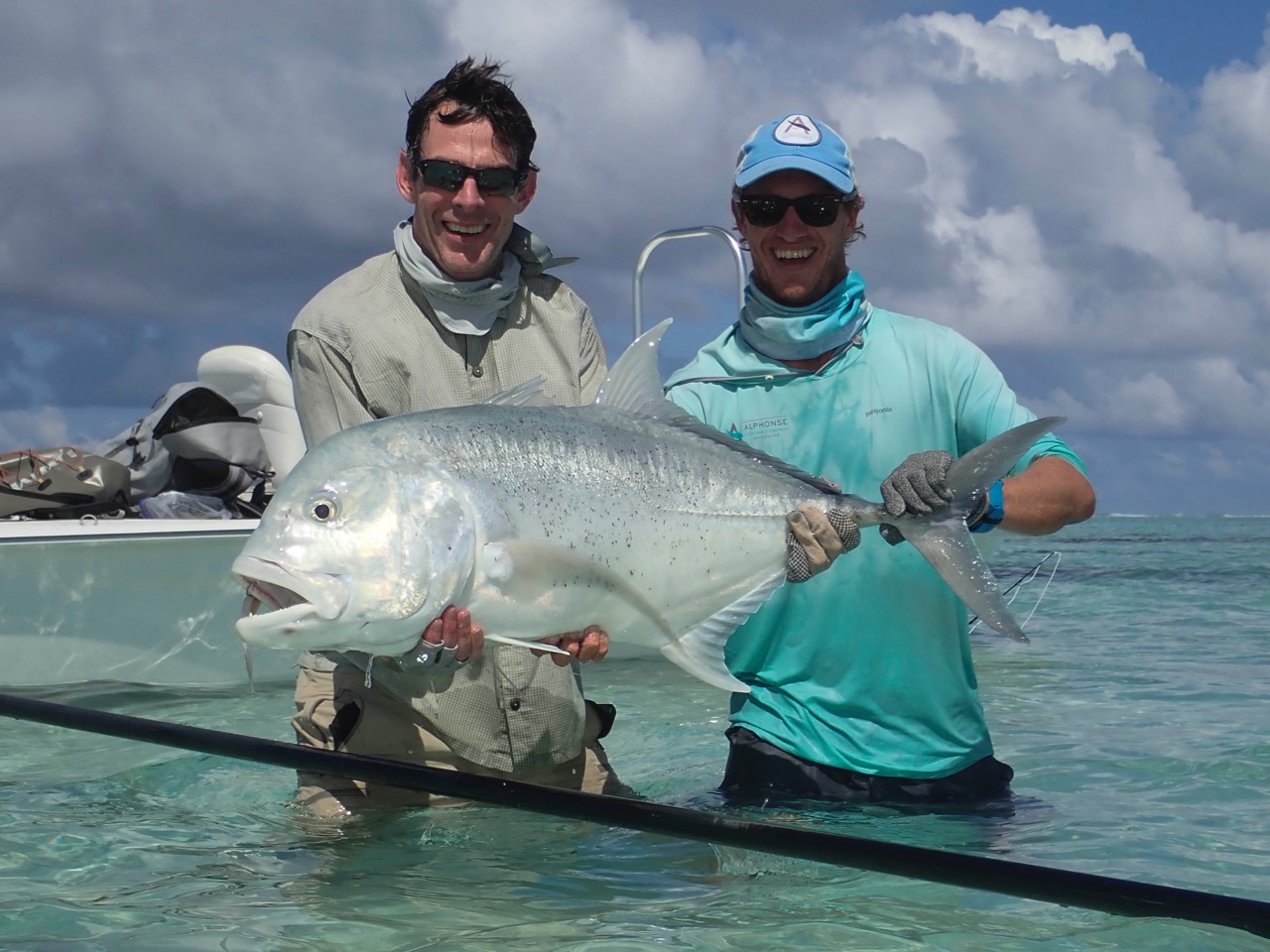 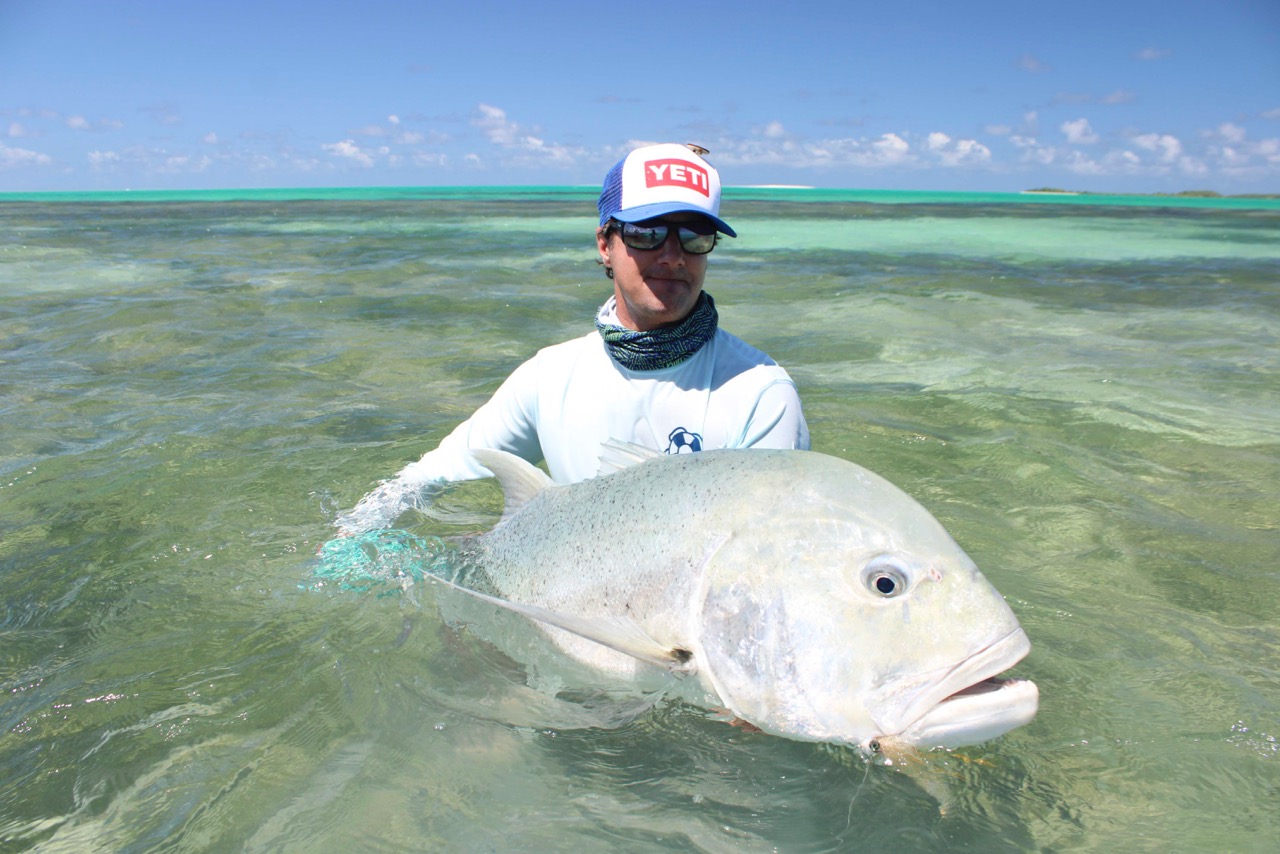 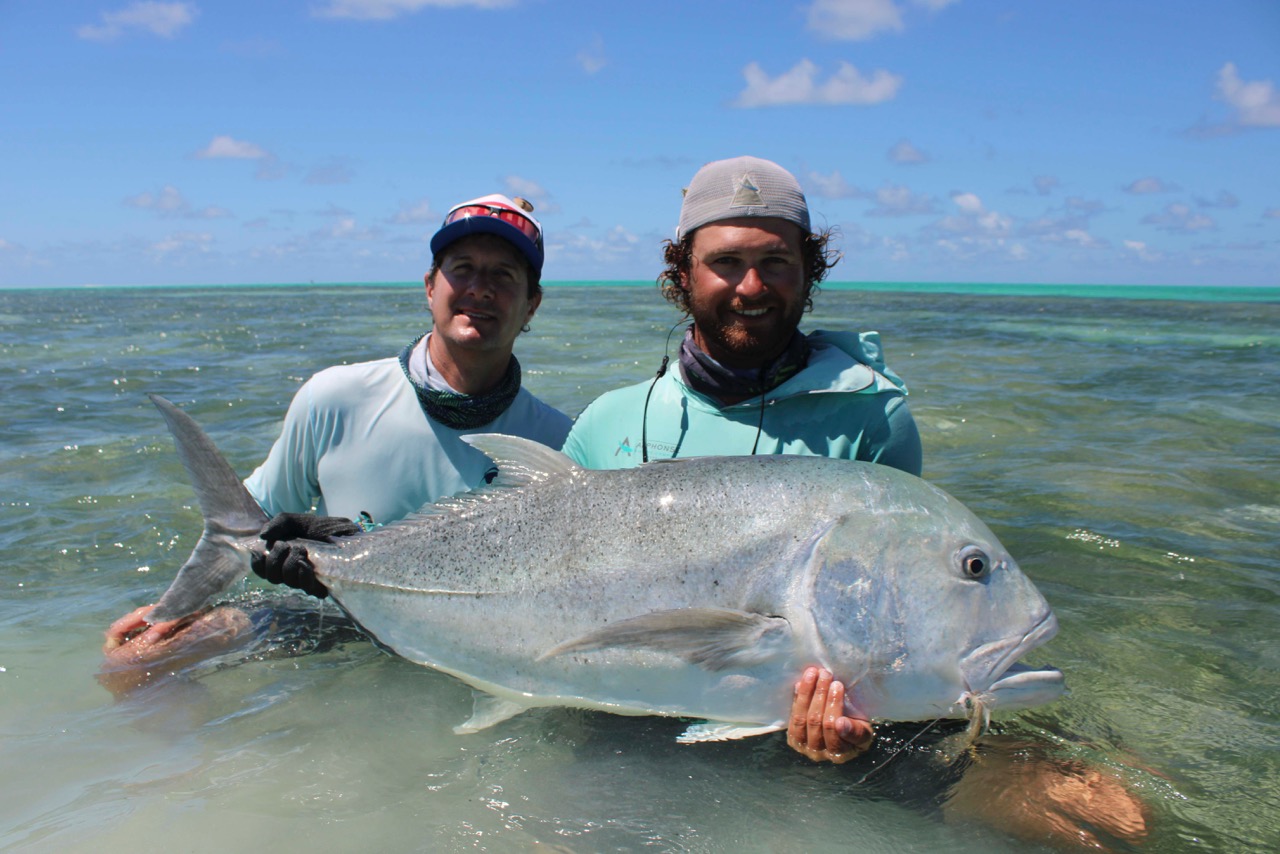 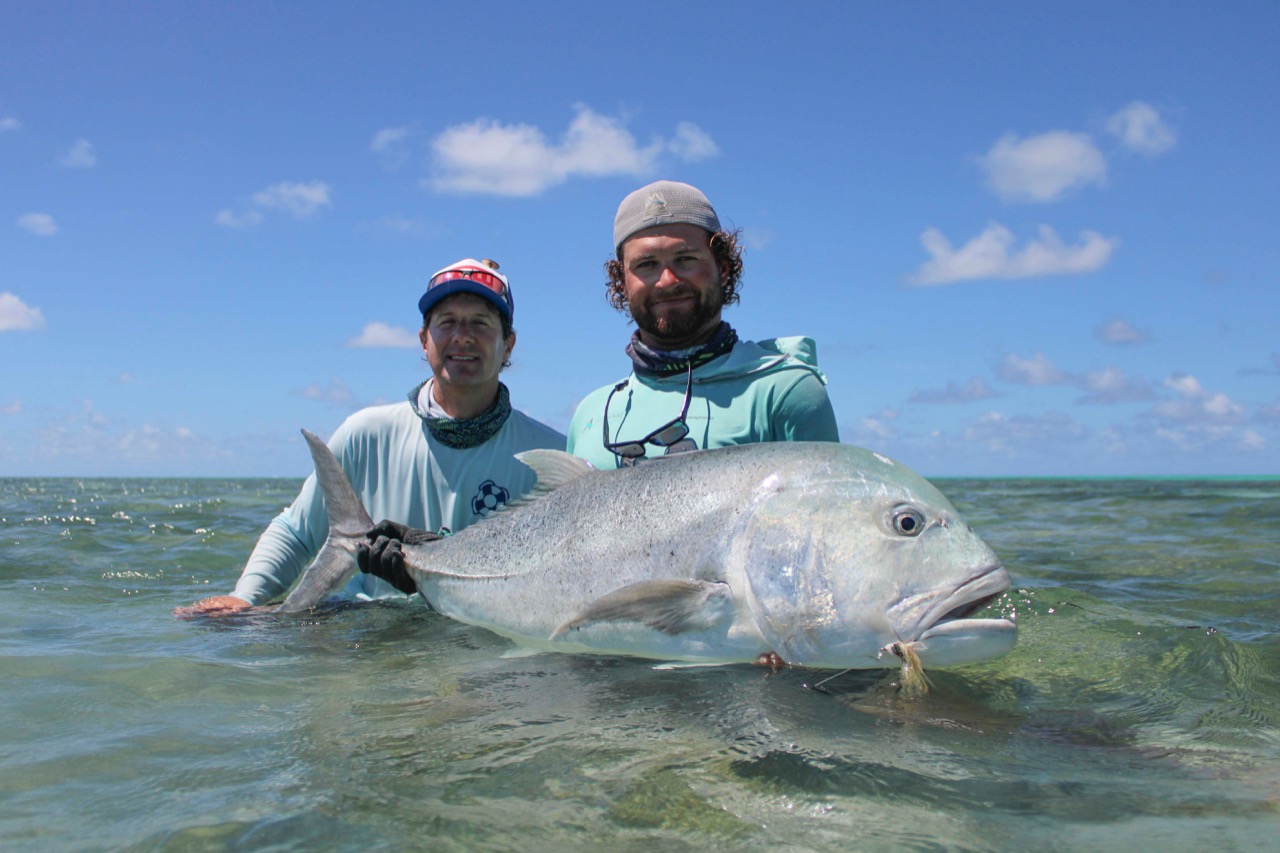 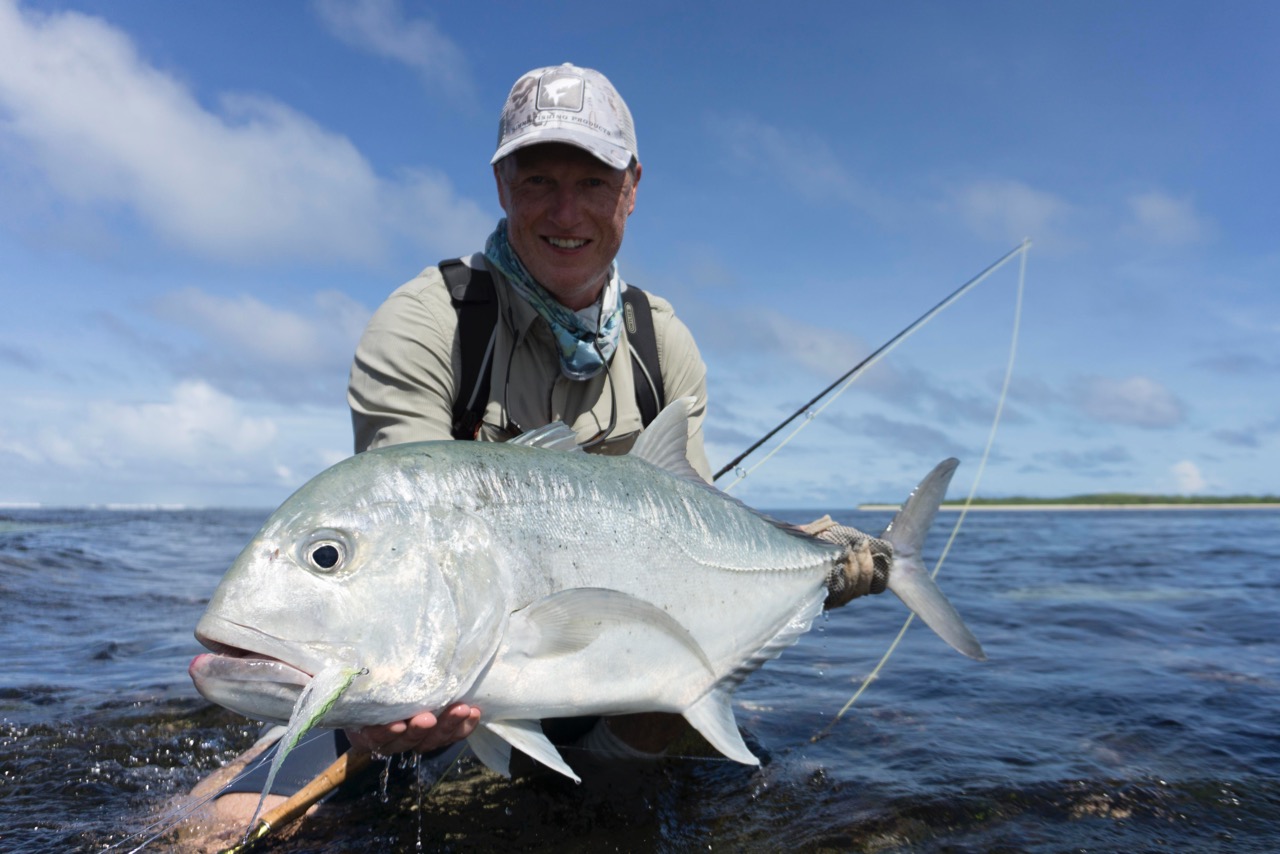 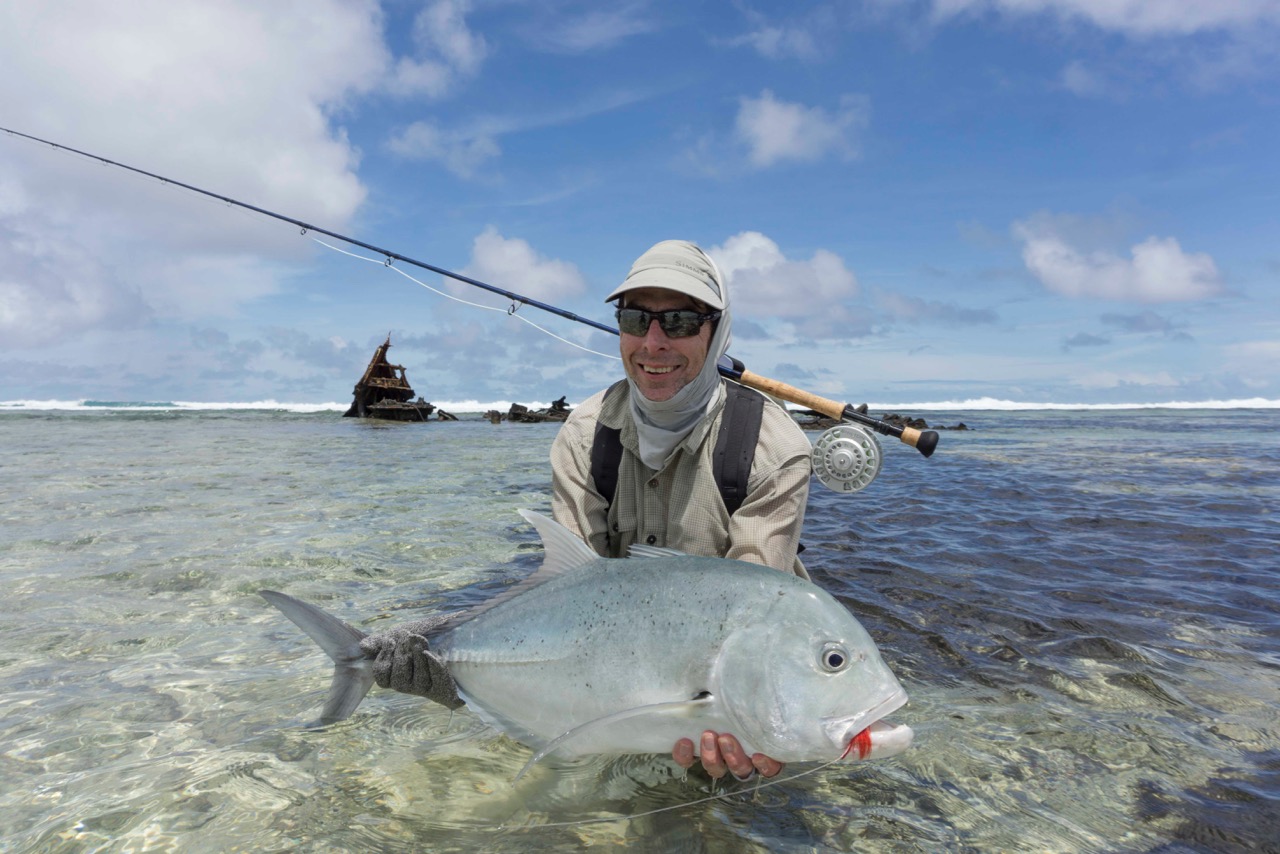 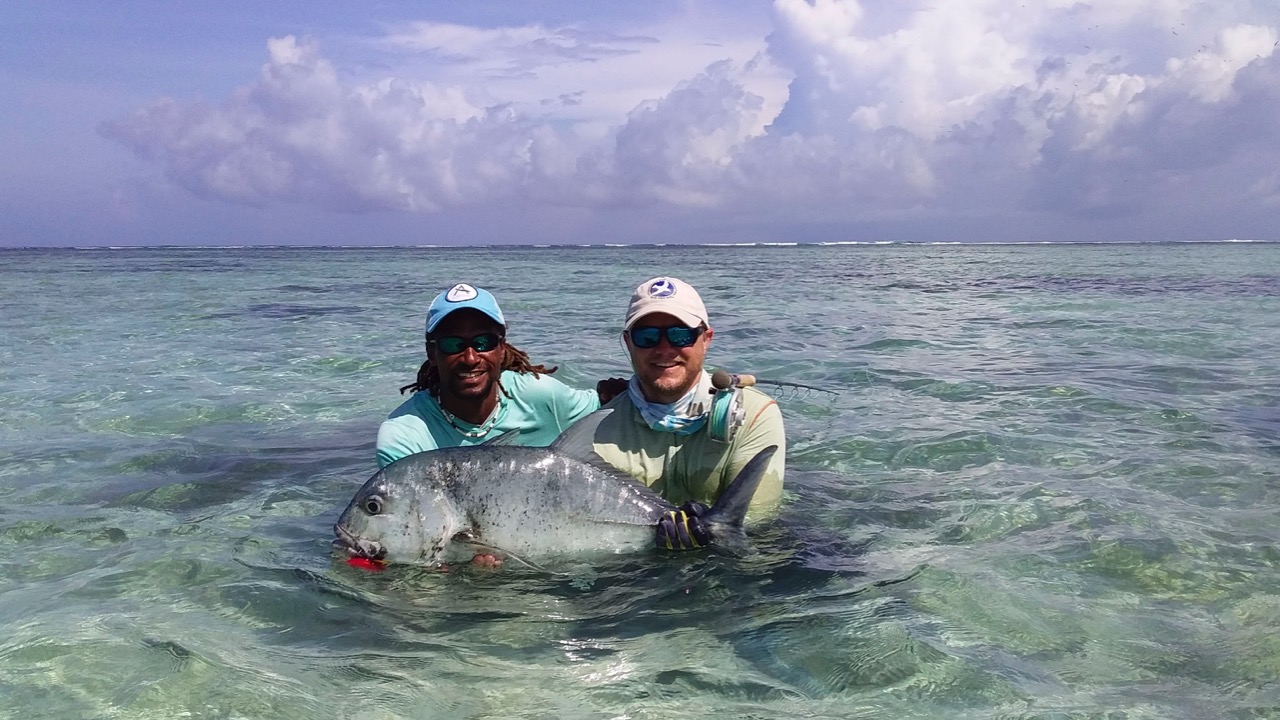