FRESHWATER.  Trout fishing is excellent in the lakes, rivers/streams, and estuaries. Mid-month ushers at the beginning of a small and relatively short summer-run steelhead fishery. As with all of our freshwater locations, both fly and conventional fishing techniques are effective.

SALTWATER.  June is a Chinook, only, fishery, but you’ll start to see the average size of the fish increase to the 15-25 lb. range. Halibut is an option all summer long. 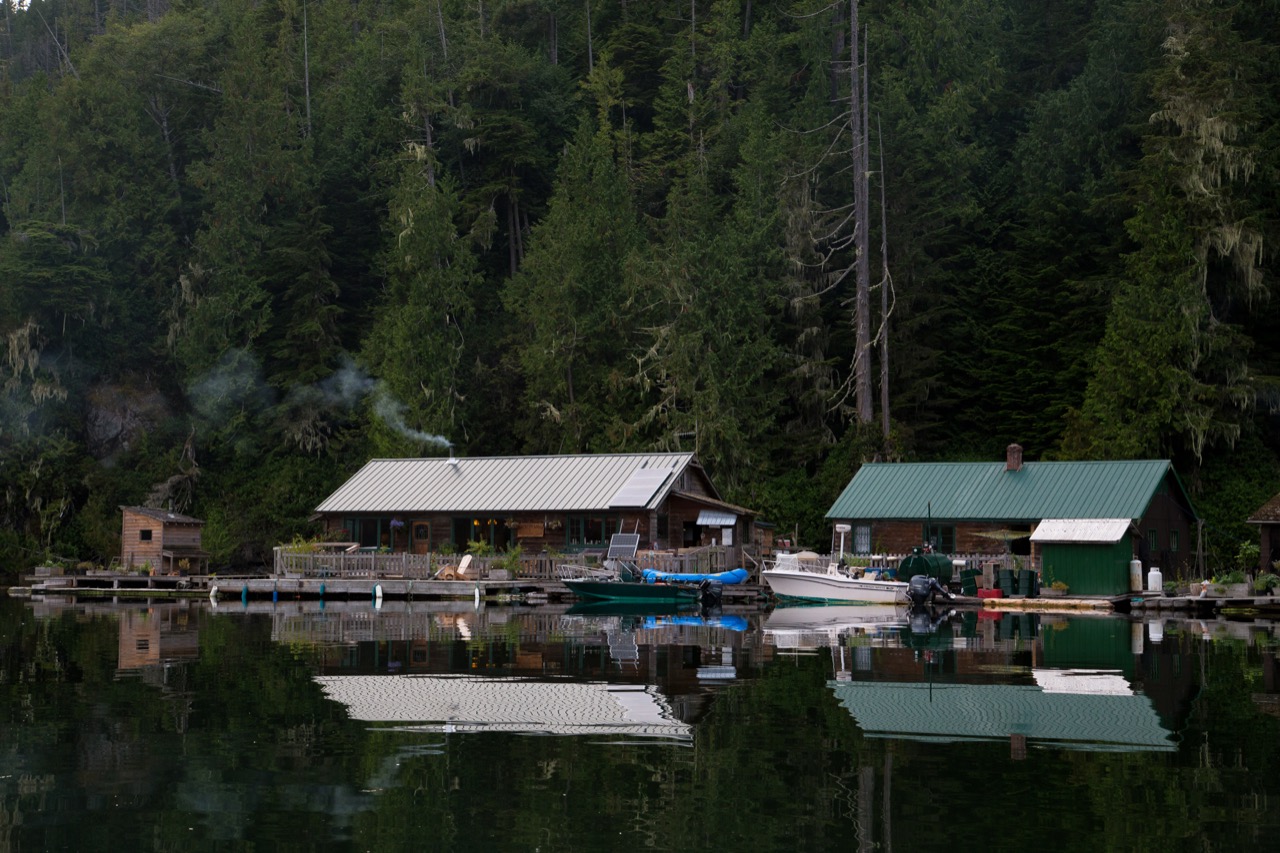 FRESHWATER.  The cutthroats are growing fatter and feistier! In mid-July, the silver (coho) salmon begin to enter the Wakeman River and its tributaries. Again, all of these fish can also be hooked on spinning or casting gear.

SALTWATER.  In addition to being excellent for chinook salmon, mid-July typically shows the first catches of coho (silver) salmon in the saltwater. Pink salmon will also begin to appear. You can still go after those 40-200 pound halibut as well as those tasty lingcod! 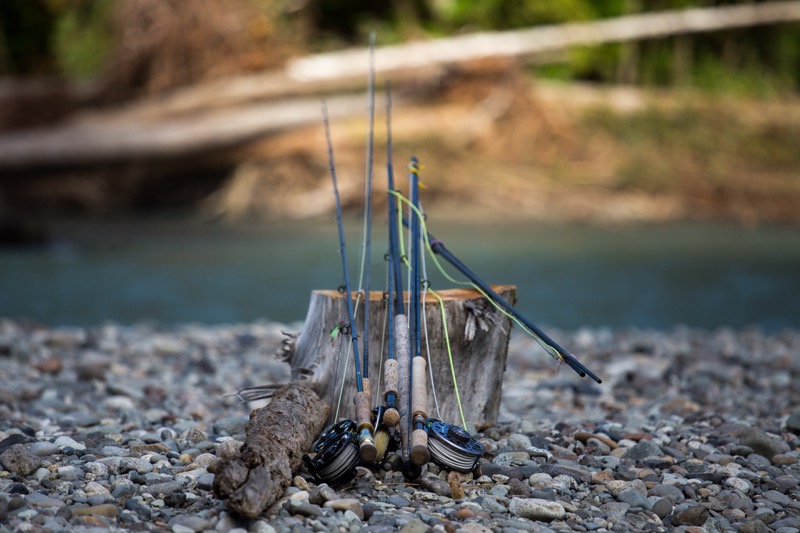 For consistently good weather, August can’t be beaten. Bring your hats and sunscreen!

FRESHWATER.  Coho (silver) and pink salmon are now in almost every river and stream that we fish. They’re big, chrome-bright, and very energetic. Your 8 weight fly rod, fast sinking line and weighted flies should be adequate for most of these fish. Resident and sea-run cutthroat trout fishing, as well as coho angling, is always a lot of fun on both fly gear and spinning gear.

SALTWATER.  When we see trophy chinooks caught, they’re usually hooked in August. Seems like every year a guest or two lands a fish over 50 pounds. August is prime time for chinook, silver, and pink salmon. Halibut and ling fishing continues. 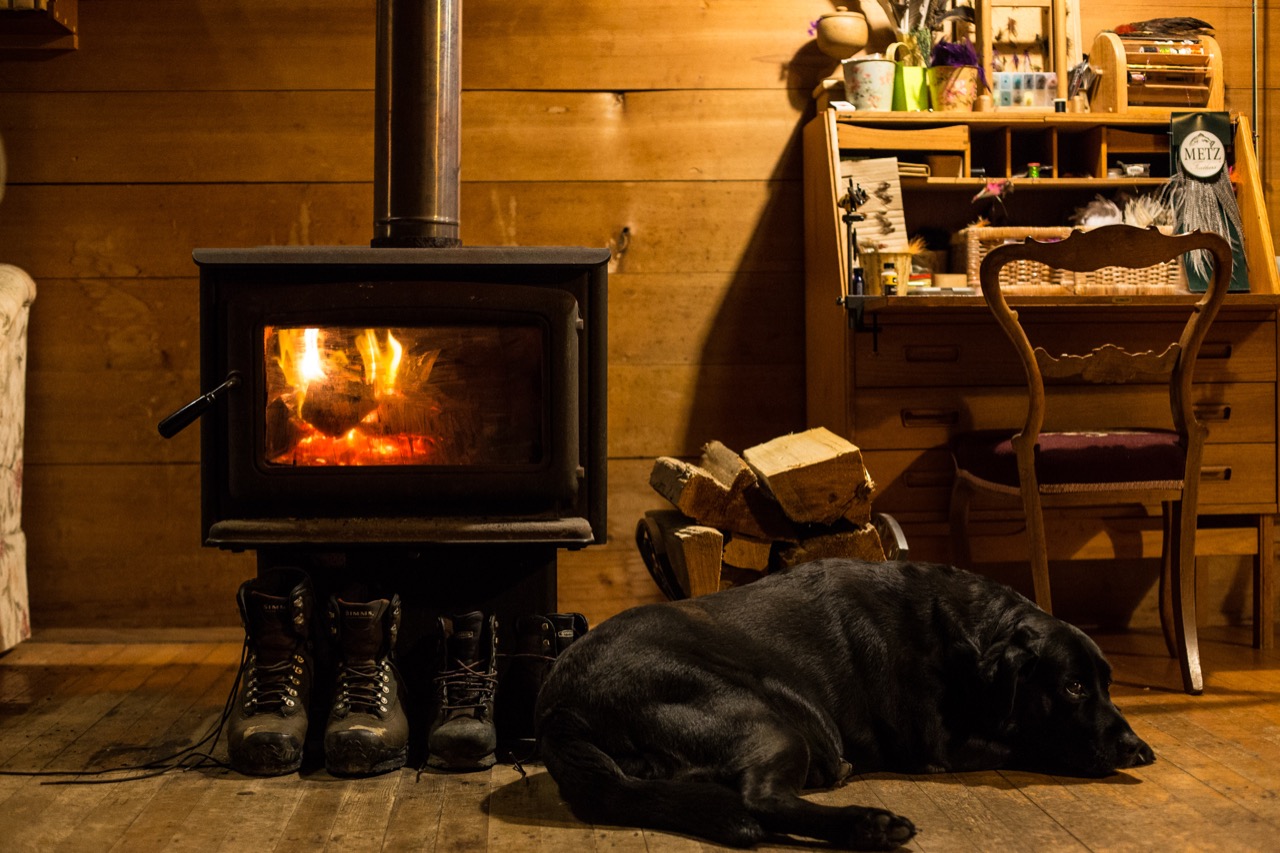 The deciduous trees are starting to show their colours and the streams are thick with spawning fish. Our weather takes a little turn toward cooler and wetter, the tourist boats disappear, and it’s a wonderful time to fish.

FRESHWATER.  This is prime time for coho fishing on the fly. In the Wakeman River, you’ll catch fish until your arms can’t take it any more on both fly and spinning gear. This is also a great time to try some saltwater fly-fishing for these leaping, twisting beauties. Estuary fly or spin fishing for sea-runs continues, and now they’re big and hungry.

SALTWATER.  The chinook salmon fishing tapers off over the first two weeks of this month. Coho fishing continues throughout the month, tapering off toward the end. Halibut fishing remains good. 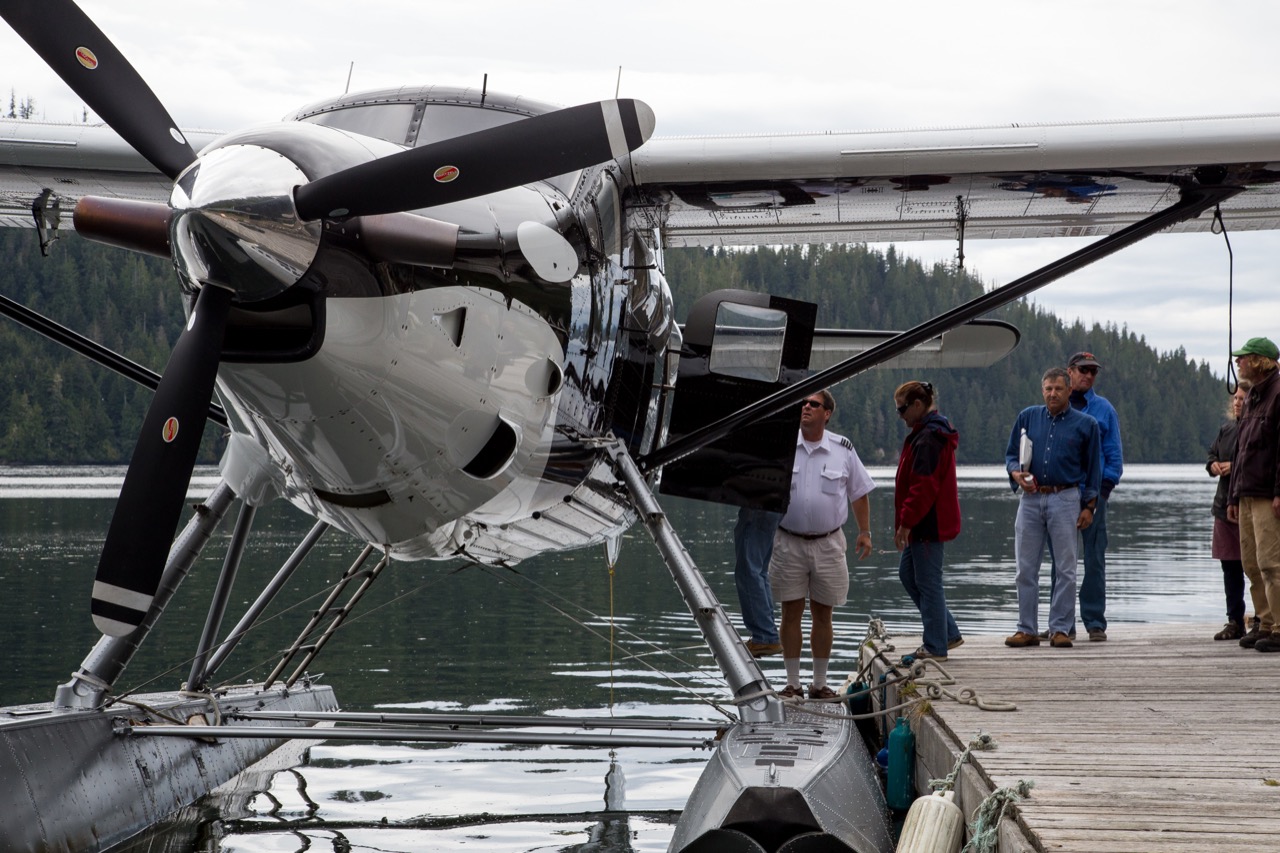 FRESHWATER.  There will still be some coho and trout in the rivers and streams well into the middle of the month. Since the Bennetts are year-round residents, the lodge remains available to accommodate guests year-round. Blackfish Lodge is a great, private getaway for that special occasion or nature-watching trip.

SALTWATER.  In general, October marks the end of any saltwater salmon fishing. 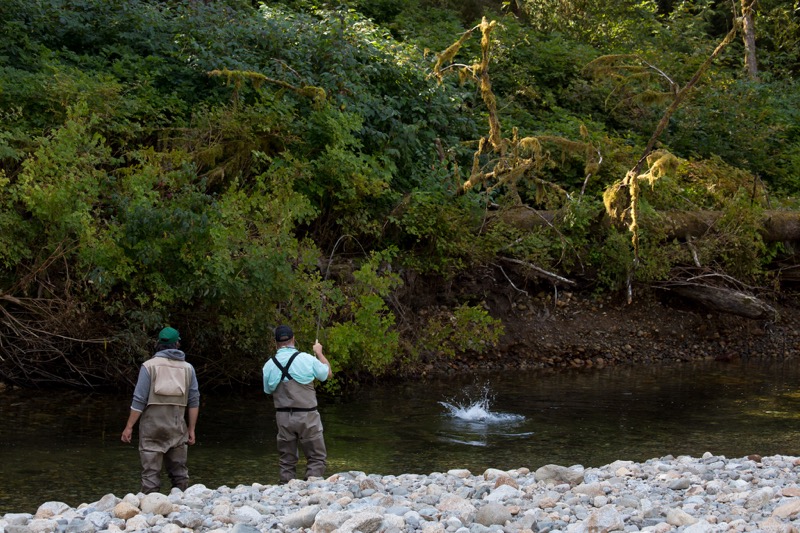